Kayak in Cornwall to discover its hidden secrets

The beautiful and dramatic scenery on offer in the county often centres around the coastline and inland waterways and with UK kayaking being an expanding industry perhaps this just might be the way to discover some of Cornwall’s normally hidden gems.

From the caves and coves of the North Coast to the serene and calm waters of Helford River and Frenchman’s Creek, Tom and Hetty Wildblood of Koru Kayaking are passionate about the adventures they can unveil, offering 2 hour or full day explorations with experienced guides. 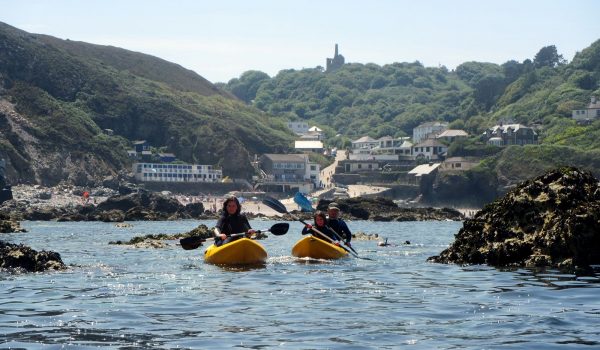 Venturing down Port Navas Creek, along the Helford River past banks lined with ancient oak trees on a high tide you can kayak down serene Frenchman’s Creek, the inspiration for Daphne du Maurier’s novel and also the location for international pop sensation Kylie Minogue’s pop video ‘Flower.’ At low tide enjoy the beaches on the Helford River and kayak up towards Gweek and Polwheveral Creek. Egrets, herons, kingfishers and cormorants can often be spotted. This adventure launches from the foreshore at Budock Vean Hotel near Falmouth.

The World Heritage Site encompassing the coastline around Trevaunance Cove in the village of St Agnes has some stunning scenery. The bright green (copper oxide) and red (iron) rocks unveiled by mining in the area, particularly at Hanover Cove and ‘The Prison’, a walled beach and geologist’s delight, are two of the spectacular sites you can view from the sea. Grey seals, basking sharks, sunfish, dolphins, shags, oyster catchers and guillemots have all been spotted on this kayak adventure. Dependent on the weather and sea conditions as to whether you head east or west, there are plenty of secluded beaches where you can moor up and have a swim. 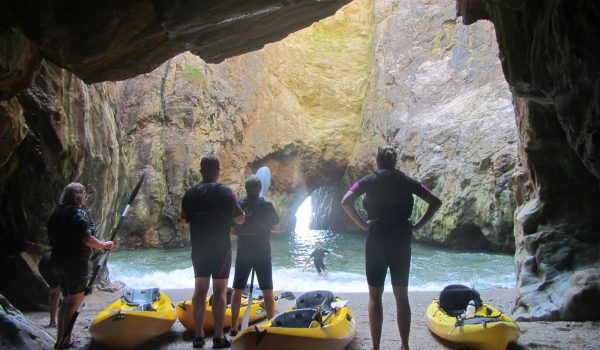 “I have been out with Koru Kayaking twice now and am looking forward to at least another dozen trips. Both experiences have varied enormously from the very exciting to the absolutely enchanting, but the kayak mode of transport offers unique opportunities to explore and experience the coastal coves.” Ridge, Trip Advisor

Great for team-building, groups, families, couples and solo explorers. Children are welcome, but must be accompanied by an adult on the kayak. No experience is necessary, as a full briefing will be given prior to all kayak adventures and all tours are led by an experienced guide. Buoyancy aids and water are provided, wetsuits are available for hire and the guide takes safety equipment with them on every tour. The kayaks used are tandem kayaks with back supporting seats. Photos are taken on all kayak adventures which can be followed on the ‘Koru Kayaking’ facebook page and twitter ‘KoruTom’ pages. A DVD of your kayak adventure will also be available for purchase. 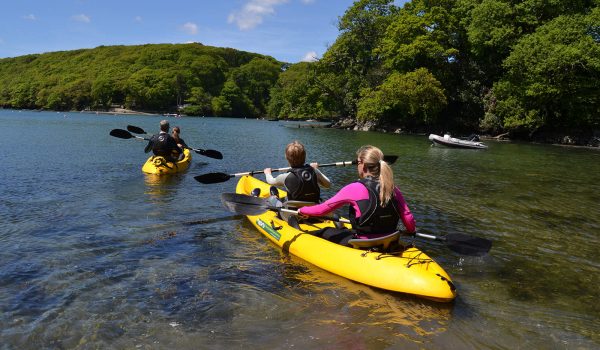 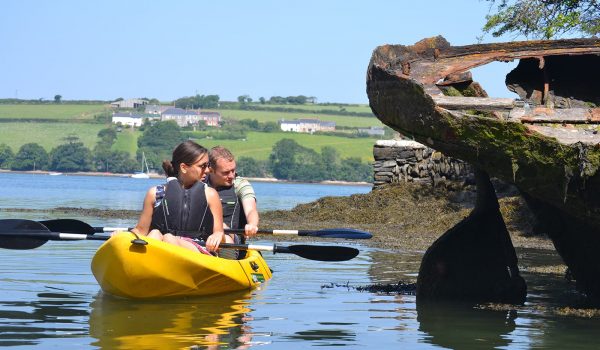 Alternatively contact Tom and Hetty and book your own adventure at enquiries@korukayaking.co.uk or telephone 0779 4321 827. 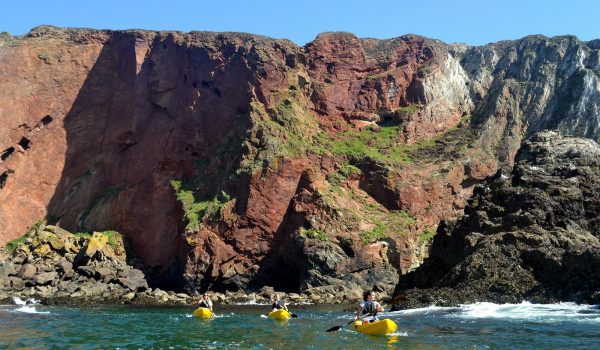 Here’s what other people thought:

“Can’t recommend this enough. Well run, quality equipment, superb location. Suitable for anyone who is fairly active and fit. Seals, tunnels, hidden beaches, a swim in clear blue water. Really enjoyable and definite value. Would do it again.” Rich T

“Very well organised. Lots of communication. Had to change locations of the trip because of rough sea. But still a great couple of hours. Well worth a go. Relaxing trip lots of laugh do another next year.” Peter E