A seaside village on the north Cornish coast.

Stay Explore Things to Do Deals

Porth lies on the outskirts of Newquay on the north coast of Cornwall. Located in the parish of St Columb Minor, it was originally a port for coal imports from south Wales and a place of ship building.

Porth also has its own island! The remains of the iron age fort at Trevelgue Head is known as Porth Island and lies to the north of the beach.

Today the long west facing cove and flat expanse of golden sand attracts many people throughout the seasons. Parking is permitted on the beach, making it accessible to all and there are ice cream kiosks, a pub and Porth Veor Manor close by.

There are a number of cave systems to explore and rock pools to discover with a stream running down to the sea.

The south west coast path runs all along the coast and makes for a lovely walk across the headland to Watergate Bay or into Newquay, both around 2 miles. 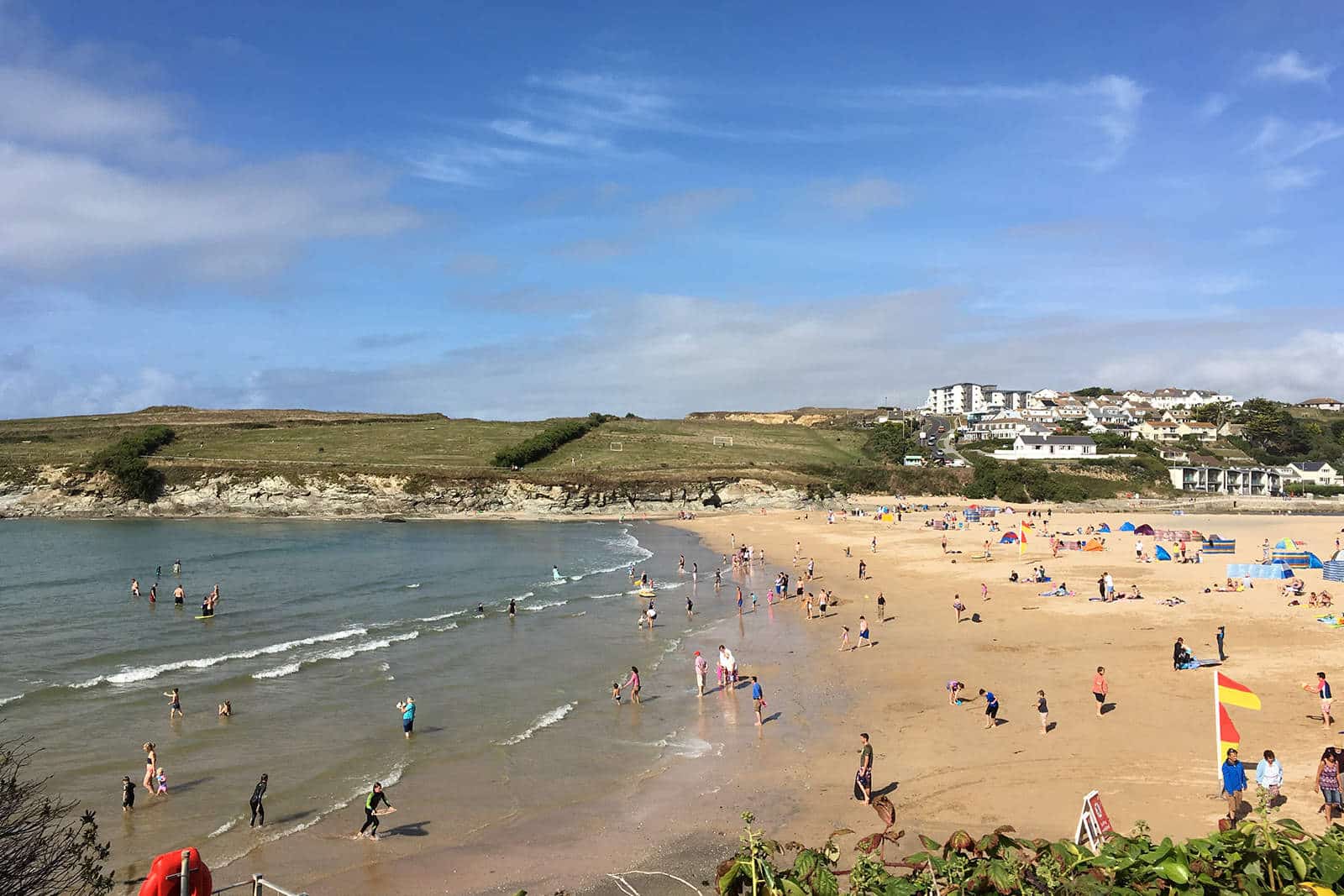 Porth beach – throughout the seasons

Just as good to explore in wellies in winter as in summer with a bucket and spade, Porth beach has won a Seaside Award for its cleanliness and facilities.

The sea is safe for bathing and lifeguards operate during the summer months. At these times surfing isn’t permitted and dogs are also banned.